A love for light and a childhood spent amongst embroidery helped French architect Jean Nouvel shape a new flooring collection for Bolon that plays with lines and dots in a tribute to the art of the 19th century.

What I often seek in architecture is textures,” says Jean Nouvel. This interest harks back to the architect’s childhood, when he would watch his maternal grandmother do embroidery in south-west France. It is an idyllic memory and one that seems to play on Nouvel’s mind, finding expression throughout his work. “As a young boy, I would spend entire afternoons with her and she would be pulling on the sewing needle, embroidering initials on all the family linen. The process of hand embroidery is in my memory all the time. On the other side of the family, I had a grandfather who was a weaver. I grew up in a family where texture was written in the genes.” 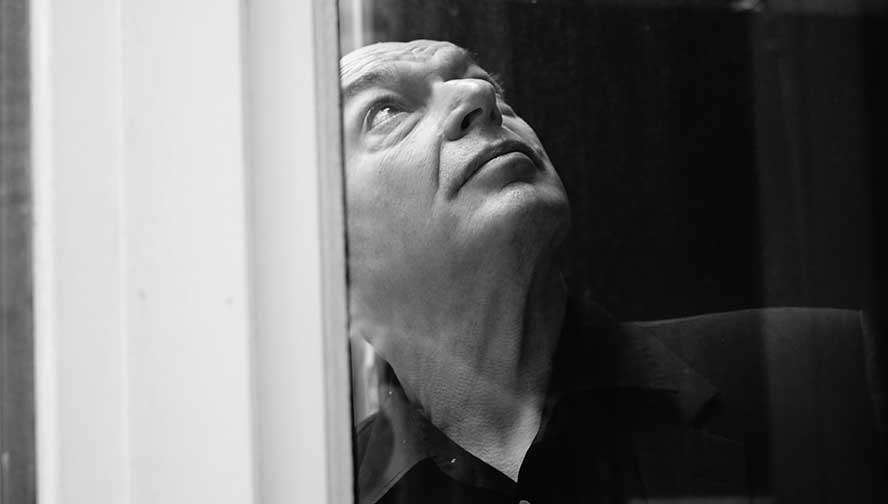 The 2008 laureate of the prestigious Pritzker Prize, Nouvel is France’s best-known architect. He has created the Institut del Monde Arabe, the Fondation Cartier pour l’Art Contemporain, the Musée du Quai Branly and the Philharmonie de Paris, all in Paris, while he has also designed the Louvre Abu Dhabi, the National Museum of Qatar, the National Art Museum of China and the 53W53 luxury residential tower in New York, which will include gallery spaces for MoMA. What unites these projects – which are disparate in form, context and material execution – is a common artistic sensibility for surface design, as well as a desire to play with reflections and light. It is this sensibility that has led to Nouvel’s new collaboration with Bolon, for whom he has devised the company’s first flooring collection to be designed by an architect. The flooring has been conceived with spatiality in mind, giving people the freedom to play with colour and light.

“The decomposition of the light into dots is a very important theme,” says Nouvel of the collection, which is characterised by fine lines of small dots loosely inspired by Pointillism, the 19th-century approach to painting pioneered by post-Impressionist artist Georges-Pierre Seurat. Available in a palette of black, grey, red and blue, the flooring has been designed such that the repeat in its pattern is near invisible: it breaks down into a pure expression of colour and pattern that seems to erupt spontaneously.

Nouvel, 71, first collaborated with Bolon while working on the Musée du Quai Branly in 2006. “I used their flooring in the offices and found it to be beautiful,” he says. “The nature of the product, technically, is very resistant and works well in busy offices.” The collaboration deepened in 2012, when Marie and Annica Eklund invited Nouvel to create the scenography of their stands at the Stockholm and Milan furniture fairs. Black sculptures of Nouvel lying down and sitting on pieces of furniture were positioned on the floor, the walls and the ceiling of the stands, illustrating how Bolon’s products could be used for mural and ceiling compositions. “I even laid down on the ceiling; I suffered a lot up there,” jokes Nouvel. “We showed the material in all its applications; it was about creating a beautiful skin and a stand that had an identity.”

We are meeting in Nouvel’s agency in Paris, located at the end of a cobbled courtyard. The offices are minimally furnished and we sit on a long white table used for meetings. It is two weeks before Nouvel’s exhibition Mes Meubles d’Architecte opens at the Musée des Arts Décoratifs in Paris: a display of the design pieces he has created for brands and galleries such as Molteni & C, Artemide, Poltrona Frau, Ligne Roset, Kvadrat, and Galerie Patrick Seguin.

“In the exhibition, we’re going to show our research on the multiple samples which led to the flooring collection,” enthuses Nouvel, who drew on his extensive architectural experience of playing with textures, patterning and blurring of appearances during the project. “What’s most beautiful for me is the work of the collection: I’ve always been interested in the phenomenon of light and I know the work of the Impressionists very well. I like everything that has a rhythm of lines and this idea of embroidered lines made up of small coloured dots has been in the pictorial culture for one and a half centuries.”

Nouvel explains that for the collection he sought to work with the idea of trichromy, combining three colours in each design. “So that the lines would be visible, we often worked with complementary colours because we were looking for contrasts,” he says. “At other moments, the colours are in harmony. Through all these linearity games, we go from one harmony to another. One sees that it’s been made in a precise way and that it’s rhythmic. We did a lot of samples and went down this direction of stripes, which means that the points between the threads are more visible than I thought, but it was all about finding a way of integrating that striped rhythm.” 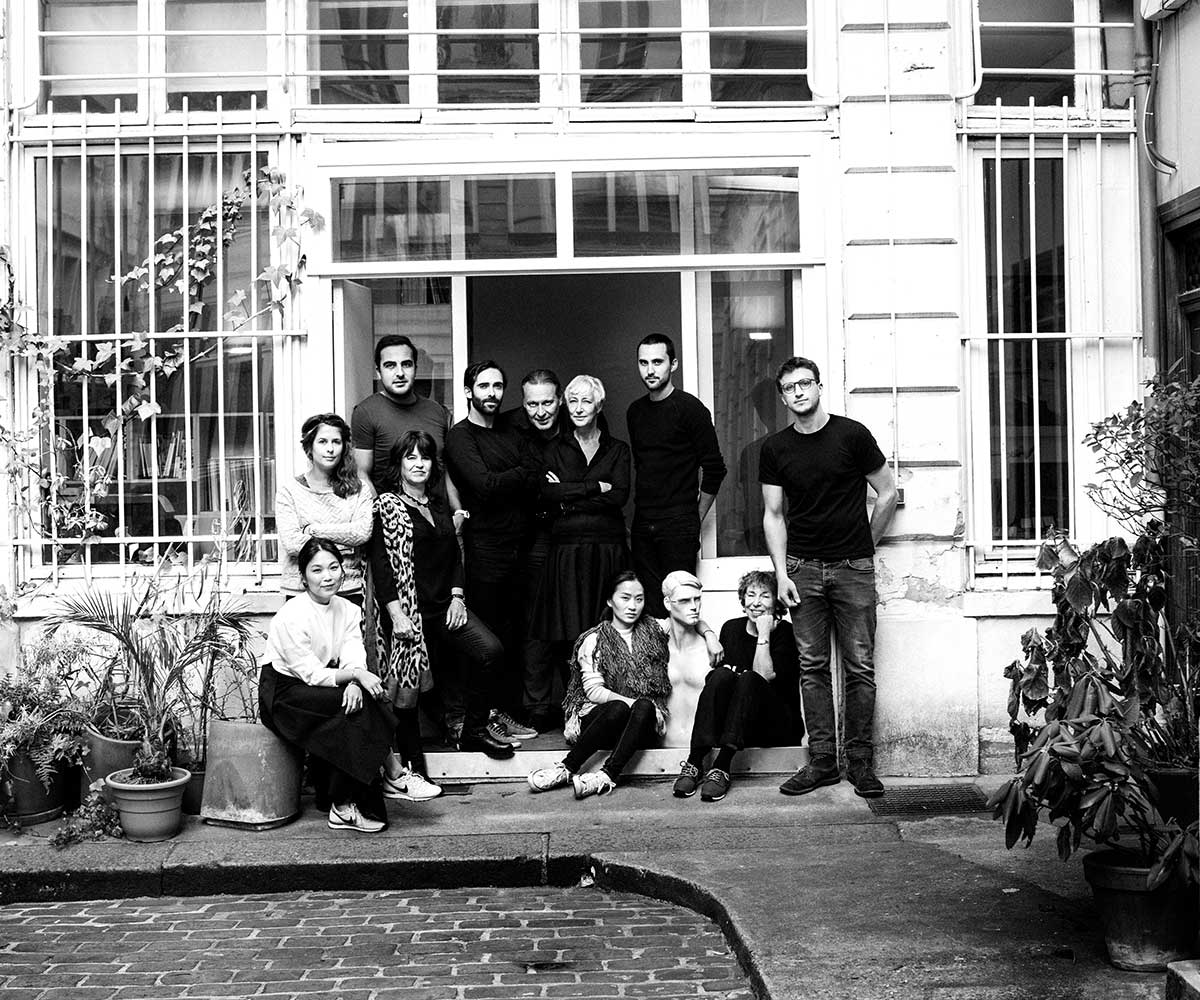 Nouvel says that he sought to create a kinetic sense of movement through the integration of the lines of dots. “You see the small dots and another colour that comes into place,” he says excitedly and, indeed, the variation in the thicknesses and the textures of the lines creates a rippling, pictorial effect, leading to an intricate interplay of textures and juxtapositions of colour. Nouvel calls this linear system “a series of graphic interpretations. We looked for what was the most graphic, deep and mysterious in those interpretations,” he says. “Using Bolon is a bit like choosing the fabric for a suit: it makes you want to look closely and to touch.”

The perception of the flooring, however, differs depending on one’s viewpoint. “If you look at the floor beneath you, you see all these textures,” Nouvel explains. “But if you look from a distance, you see one overall colour. The revelation of these textures and lines is completely linked to the light.” Given the nuance of the stripes, the lines become imperceptible in certain light conditions. “I like it when the stripes are barely visible and can’t be seen from all the angles,” continues Nouvel. “I’m a bit of a minimalist, so I enjoy it when the figurative theme disappears and one goes towards the most essential thing: the basis of the texture.” 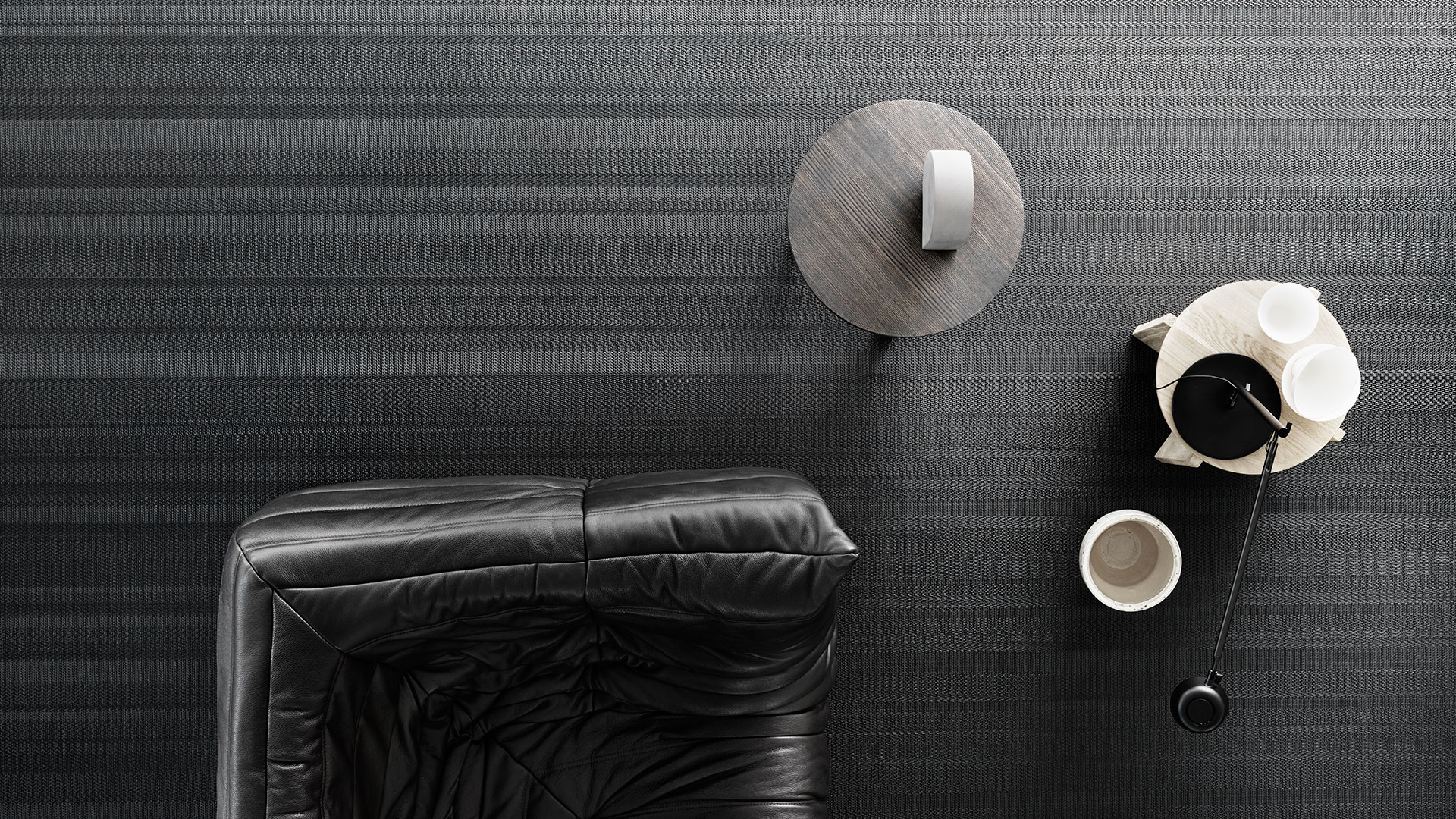 The possibilities of these spatial configurations are showcased in Nouvel’s exhibition, which includes a 25m-long corridor composed of three sequences. “We’ve chosen to go from dark grey, which gives the subtlety of the different linear tapestry weaving, and then successively integrate blue and red,” he says. The site-specific installation in the museum reveals the dramatic impact of the flooring and its attention to detail. The complexity of the lines and the shifting of the stripes and colours is sophisticated and indicates the considerable research involved: the display of samples on one of the walls confirming the level of perfectionism that Nouvel has aspired to. “It’s very tactile – usually the floor is not covered in such fine textures,” says Nouvel.

“So the identity of the fabric is there. We tried to respond to the constraints [inherent in] the cutting of the threads. What was interesting was comparing the different textures on a large scale and how one could walk and lie on it.”

The architectural nature of the collection enables different orientations to be created so that the pattern of the fabric appears to play with how the place is lit naturally and artificially. “Under the window the pattern can be arranged in a diagonal line so that the lines appear to be a product of the sunlight coming through the glass.” Yet looking ahead, Nouvel is keen to refine his proposal for the flooring even further. “If we continue, it must be in the deepening of the most precise and precious textures and play more with the thickness of the lines and the dots,” he insists. “We haven’t exhausted all the options.”